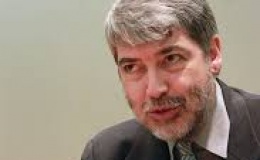 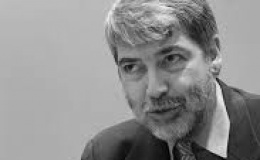 info:
Alain Chesnais has worked in computer science since the early 80's. His research has focused mostly on computer graphics and along the way he led the team at Alias/wavefront that received an Academy award in 2003 for the development of the Maya 3D system. He currently is chief scientist at TrendSpottr where he works on real time predictive analytics for social media. Alain graduated from l'Ecole Normale Superieure de Cachan in 1981 and received a Diplome d'Etudes Approfondies from Universite de Paris XI. He served as ACM President from 2010-2012 and ACM SIGGRAPH President from 2002-2005.

The event is sponsored by the Association of Computing Machinery (ACM) through its Distinguished Speakers Program.

Social media has grown dramatically over the last decade, both in terms of adoption and in terms of volume of information shared. Such growth proses huge challenges for people looking to make sense of what is going on within social media.
This presentation addresses those issues and presents the mathematical framework that we designed at TrendSpottr to make the analysis tractable and allow end users to make sense of all the data being shared on social media for topics that they want to track. One of the major challenges, aside from the sheer volume of data that needs to be processed, is the timeliness of the results. Ideally one would want to be able to react to new viral subjects early enough that the proposed reaction, either amplification or diminution, can take place before it is too late. We will discuss typical time frames that we have measured on existing social media along with a discussion on why the time frames differ depending on the type of social media that you are analyzing.
We will then go into the notion of real time estimators of key values that a social media user might want to track and how to best use such estimators to derive meaningful results to guide social media tactics.